Treforest found a way to win ugly against an organised Ton & Gelli at Ynys Park.

After the recent weather the pitch was understandably bobbly and Treforest looked rusty having not played for a number of weeks.

The game started slowly and Tref struggled to get hold of the ball in midfield, whilst Ton tried to utilise the flanks and get balls in the box. A number of half chances came and went for both teams, firstly Ellis Meecham hitting the cross bar from 25 yards and Ton flashing a couple of headers over the bar and looking threatening from the long throw, neither team could find the back of the net and the teams went in 0-0 half time.

The second period started in perfect fashion for Tref a free kick on the edge of the box was planted into the back of the net by Ellis to give the visitors the lead. Tref dug in and defended brilliantly trying to hit their hosts on the break, which nearly led to a second - a brilliant double save from Ton’s keeper maintaining the 1-0 score line. While at the other end the hosts threw everything at Tref, but found a defence and goalkeeper that were determined to keep a clean sheet.

Not a pretty win by any stretch, but a vital 3 points none the less.

Man of the match - Ben Banks

The seconds got their first three points of the season with a clinical performance against Llantwit Fardre.
Treforest played some good stuff without truly testing the keeper in the first half an hour, some good last ditch blocks meaning it looked like it could be a frustrating game. That changed with a lovely break from Tref, a clever reverse pass from Jayden to Craig Lloyd who skilfully played it first time into the path of Bunny who calmly slotted it Home. From there Tref looked in total control until just before half time when Rocky was shown a straight red card for dissent. Tref could have felt sorry for themselves or just tried to defend the lead they had, but you would have struggled to know who had the man advantage in the second half. Jonas up top was causing so much trouble and duly got his reward when he latched on to a through ball, rode the first challenge and rounded the keeper to make it 2-0. The hosts tried to get back in the game, but the back four coped with anything thrown at them and if they did miss anything, the experience and calmness of debutant goalkeeper Repo, meant the clean sheet remains in tact. Tref weren’t quite done either, firstly a corner from Jonas was met by Pricey to power beyond the keeper and there was still time for Jonas to fire in in from the penalty spot after Jarrad was brought down. A brilliant performance from the team, who were, to a man, brilliant. Man of the match however, goes to Jarrad, another debutant who was outstanding throughout Our U12’s have been training hard this week with a session at Arthur’s Gym. Well done boys We are delighted to announce the signing of one of our junior players to Swansea City Academy. Adam Hutchinson has been a key player for our Under 12’s here at Treforest and he will be sorely missed by all. Good luck Adam we are all rooting for you here at Treforest FC 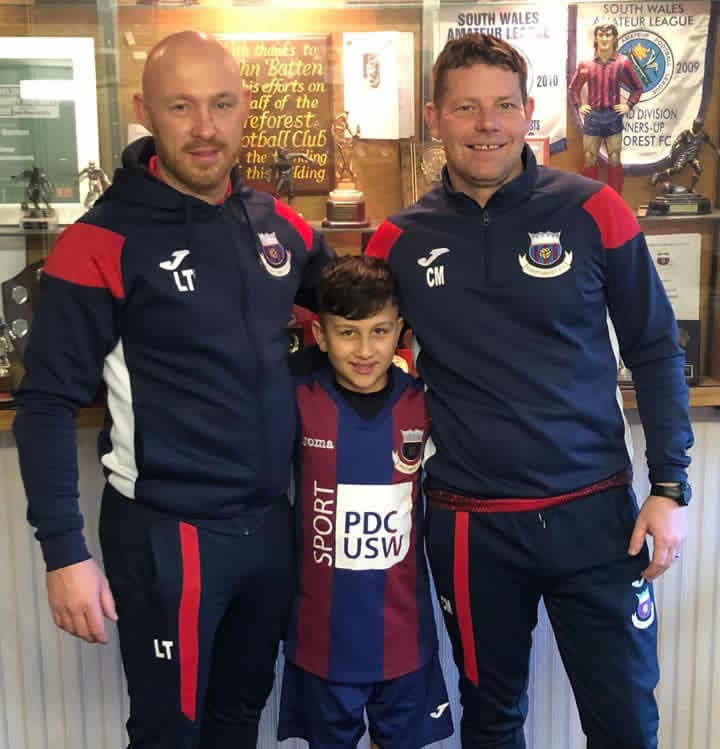